An experiment in understanding & demonstrating the scarcity heuristic. 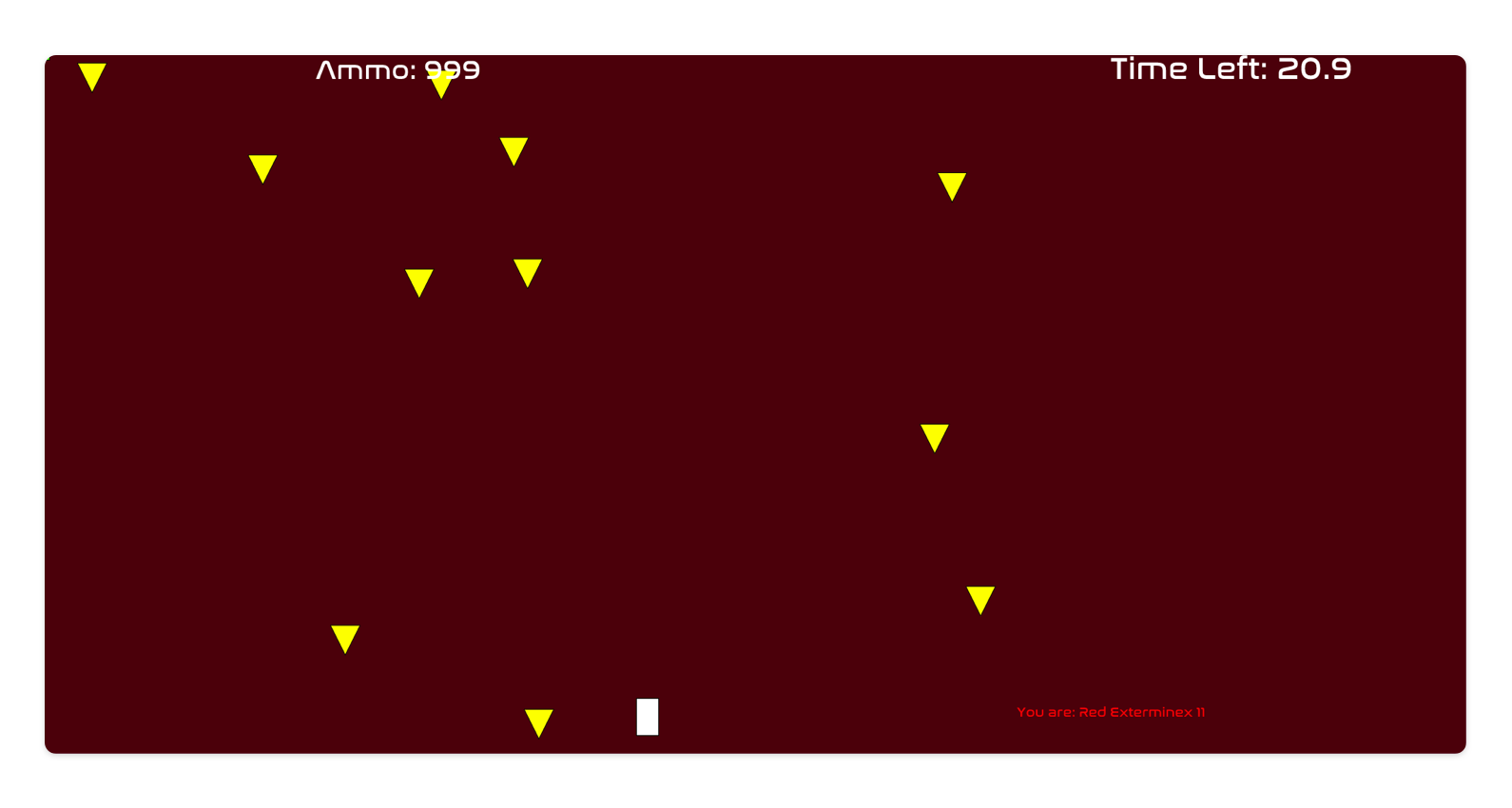 The play time is ~3-4 mins for the entire experience. You can play the game here first to understand the context of the design process & decisions made.

Scarce invaders began as an activity in class. After reading a few chapters of Scarcity, we were curious to see whether knowing how scarcity affects your accuracy would negate the effect altogether. To test this, we built our own version of “Space Invaders” for the class to play as a group. Half of the class were given a high number of bullets to work with, and half were given a low number. As we expected from the reading, the people with a low number of bullets tended to higher on accuracy. However, we explained the mechanics of the test to the class, and when we had them play another round knowing how the test worked, the results stayed the same! The people with fewer bullets were still more accurate than those with more bullets. It wasn’t until a few rounds later that people with more bullets caught up to the accuracy of people with fewer bullets.

As we began to work on the project as our final, we wanted to find ways to incorporate more aspects of how scarcity affects game play, so we made a new version of the game with a color-changing background. Our hypothesis was that players would tunnel in on their scores and miss the color change… and we were right! Regardless of the number of bullets or length of game play, all our testers both in and out of class missed the background change entirely.

As we continued to test our game’s parameters, we changed the game from a multi-player experience to a one player game. We quickly realized that the randomized bullet amount no longer made sense as a framing device for users. Without competitors to play with, people were unaware what their accuracy meant, or whether the number of bullets they had was “high” or “low”. We decided to re-structure the game into several rounds. The hope is that now in our final version we have a single player game that we can host on the web to explain the scarcity and tunneling heuristics to curious gamers!

This round has no score and no limitation on the bullets. This exists just to get the user used to the controls and to mitigate any change in score that happens because of the learning curve of how to play.

In this round, we give the user 300 bullets, but don’t yet tell them they’re being scored on accuracy. They play as normal.

Before this last round, we explain the scarcity heuristic to the user and challenge them to match or beat their (probably higher) scarce score. What we don’t tell them, is that we’re going to demonstrate the tunneling effect by changing the color of the background in this round from red to blue.

After this round, we explain our findings from our original test, and then reveal to the users what happened with the background and the tunneling effect.